This period started with considerable criticism for Warwickshire County Council when it withdrew funding for the County Bee Inspector, and later for the environmental health department for suggesting local beekeepers should be responsible for removing swarms from chimneys, roofs or other fabric of people’s homes.

Mrs Nancy Wilshire was given Honorary Life Membership of the branch in 1985. She donated a silver rose bowl to be awarded to the winner of the honey cake class at the honey show. Meanwhile Myton Hospice was adopted as the beneficiary of the ‘gift’ class.

1986 proved to be a good honey year, with a yield of 250lbs from three colonies at the Harry Bunn Beginners Apiary, a boost to the branch’s finances. Three years later, a new home had to be found due to re-development of the college and the hives were temporarily homed first at Blackdown and then Hampton on the Hill. A further three National hives were installed, but these were damaged from time to time by woodpeckers (requiring netting to deter them), wasps and vandals.

The early 90s saw rising concern over the Varroa mite with all members advised to inspect their hives thoroughly and collect floor scapings for testing by Luddington Research Laboratory. Brian Milward and Bernard Collins attended a varroa training course in 1996 on behalf of the branch and treatment was started first as a precautionary measure and then as a matter of routine.

The turn of the new century brought a flurry of activity and a growth in membership due largely to theIntroduction to Beekeeping course. Grants from Action 21 and the National Lottery (Awards for All) were used for a honey extraction unit and new equipment at the teaching apiary which was moved to its location at Bubbenhall.

Our full and partner membership has increased from 30 in 2002 to163 in 2012.  This was partly due to the renewed interest in beekeeping in general and partly because of the funding which was secured allowing us to train more interested people.  Our annual "Introduction to Beekeeping Courses" which have been ably run by Mike Townsend over this period had generally about 50 delegates. These have been held at the beginning of each year with a hands-on session when the season began.  Not everyone moves on to be a member of this branch, but if they do they are allocated a mentor from within our members who stay with them for as long as they feel they need support.

Our apiary in Bubbenhall managed initially by Mike Townsend but latterly by Roger Wilkes has been extended twice allowing us to support our increased training activities and our extraction unit has been moved and improved and is well used by our members.

Over the past few years there have been visits to Highgrove - the home of Prince Charles, Rowse honey, Rothamstead Research and the Wellesbourne campus of Warwick University where much research into bee and varroa genetics is being undertaken.

2012 was our 80th  anniversary and we celebrated it in style with a cream tea which was attended by over 80 members.  It was also the year of the Queen’s Diamond Jubilee and this was also celebrated by a queen-rearing session to coincide with the Jubilee, with members from other Warwickshire branches invited to join us.  Following an intense day of looking at eggs under a microscope it was rounded off with a well-earned barbecue in the grounds of the BBKA’s newly acquired apiary.

Other branches have also been invited to our skep-making days.  These are great fun and a good opportunity to spend a day with enthusiastic beekeepers, swapping stories, along with learning a useful craft and enjoying a lunch prepared by all attendees.

Training has become increasingly important to us.  Tutorial sessions for the BBKA Basic Assessment commenced in winter 2009/10 and by 2012 the taking of the assessment by members one year into beekeeping was becoming increasingly normal.  Members also attended our first module self study group in the winter of 2011/2 with the 4 members taking a module and all passing.

Bee safaris, which commenced in 2010 are now firmly on our calendar of events every year, allowing newer members to observe other people’s apiaries and learn from our bee inspectors at the same time.

It was proposed by Clive Joyce in 2010 to use our buying power to secure good prices for commonly used apiary consumables.  Thus the Branch introduced the Co-operative Purchasing Scheme and by 2012 members could buy at cost such commodities as jars, wax, honey buckets, Ambrosia and Apiguard

Many members also enjoy taking part in local shows such as the Kenilworth Show, A Hive of Activity in Jephson Gardens, Leamington and Warwickshire Countryside Day at Hatton, where we bring our interest in beekeeping to the general public.  We show an observation hive, sell honey, demonstrate skep-making, show the public how to make candles from beeswax sheets and decorate them.  There is often a demonstration of handling live bees and we encourage members of the public to come along and find out more about these interesting insects.

The substantial growth in membership over this period has not been without its challenges!  In the middle of the period the Branch expressed disappointment over the management and services of the County.  Eventually, the County constitution was altered to reduce the size of the County Executive and make it more manageable and in 2012 the County Chair mounted an initiative to spend surplus County funds.  The size of the branch membership has also necessitated improved planning and delivery of its services supported by the provision of information via the Branch website and the emailing of information including the County and Branch newsletters to the membership.

The members experienced a very poor beekeeping year in 2012 as a result of the weather.  However the branch as a whole was in good order and in a strong financial position.

The theft of the honey extraction equipment from our extraction unit, fortunately insured, prompted its relocation to Southcrest Farm 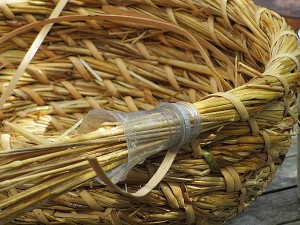