The inaugural meeting of the branch took place at the Whitnash Rectory on July 9 1932..The Chairman of the meeting was Mr John Nicol. A Committee was formed comprising Mr G R Quayle as Hon Secretary, Mr F V Smith as Hon Treasurer and Mrs Bryan, Mr Cooper and Mr Hodges as general members. A vote of thanks was given to the Rev Mr Bryan and Mrs Bryan for placing their apiary at the disposal of the Association. The Branch would be governed by the Rules of the Warwickshire Beekeepers' Association. 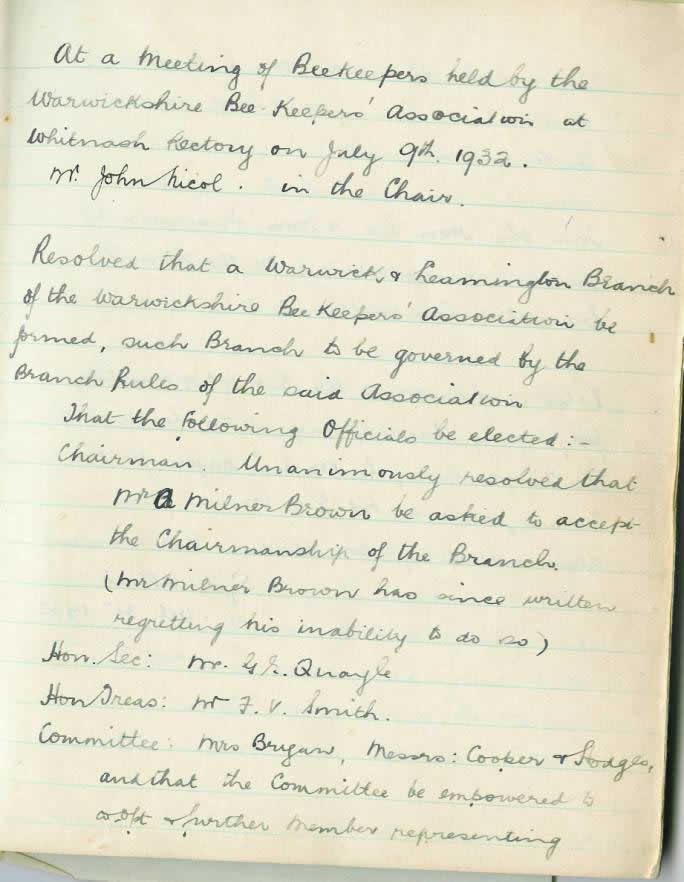 Original record of the setting up of Warwick and Leamington Branch of Warwickshire Beekeepers Association, with thanks to Rev Mr & Mrs Bryan for use of their apiary.

Those who have served the branch as Chairman, Hon.Treasurer and Hon. Secretary since its inauguration are listed as follows.